The Slovene Literary Theatre of Absurd: Three Novelists were Charged of Libel

In January 2009, Goran Vojnovic, the author of a highly successful novel Cefurji Raus! (2008) in which he writes about the second generation immigrants from Balkans living in the part of Ljubljana called Fužine, learned that he is being investigated by the police. The reason: the police claimed that the hero of his novel was offensive towards the police.

The charges were dropped one day later, and the newly elected minister of inner affairs Katarina Kresal apologized to the author. A month later, Vojnovic received a very prestigious prize for his contribution to Slovene culture (at the time of the police investigation it has already been rumored that he is probably going to be one of the recipients).

This incident, however absurd it may seem, was not the only one. In the last few years two other novelists, Breda Smolnikar and Matjaž Pikalo, were tried for libel in their novels. The Vojnovic case, however, was the first in which the author was accused of libel by an institution of the state – in this case the police. It is worrying that in the 21st century some people in Slovenia cannot make a distinction between facts and fiction; and even more so that the police, one of the repressive organs of the state, has the same problem.

Breda Smolnikar was accused of libel because of the supposed offensiveness in one of her fairly tales in the collection Ko se tam gori olistajo breze (1998), and Matjaž Pikalo because a retired policeman from his hometown supposedly recognized himself as one of the characters in his novel Modri e (1999).

In the first case, the daughters of a family that supposedly appeared in Smolnikar’s collection pressed charges against the author. The daughters claimed that in Smolnikar’s book their parents were portrayed in a very offensive way. They demanded that all copies of the book should be removed from the market, that the author paid them amends, and that she publicly apologized. It took the courts eight year before the verdict was finally set at the Supreme Court: the author was found not guilty. The trial also took eight years of the author’s life and left her almost bankrupt.

In the second case, Pikalo used a character of a policeman in his novel. He named the character Petarda which was – as the plaintiff claimed – plaintiff’s nickname while he was an active policeman in Pikalo’s hometown. This case, too, appeared before the Supreme Court which returned it to the court of the first instance. Eventually, the defendant and the plaintiff settled it outside the court.

In both cases the courts tried to decide which of the constitutional rights – the personal right or the freedom of expression right bears more weight. It took the courts eight years and both cases had to appear before the Supreme Court before it was finally determined that in Slovenia nobody can be offended by the fictitious piece of art in which the author does not offend neither mock its characters. Until April of 2007 it seemed that every oversensitive person in Slovenia who recognizes himself as a character in a novel has a right to press charges against the author because of the pains he suffered due to the work of art in which s/he was portrayed.

It is worrying that the same notion returned two years later – and this time in the minds of the people employed in one of the repressive organs of the state. This time, the whole thing was dismissed as absurd because of the common sense of the current minister of inner affairs. But what about next time? 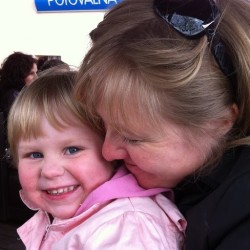