Gilbert Achcar is a name that might ring a bell to many. Professor of Development Studies and International Relations at the School of Oriental and African Studies (SOAS) in London, previously professor at the University of Paris VIII, prominent academic, brilliant writer. He just finished the manuscript for his next book “Development and Revolution: The Roots of the Arab uprising”, which will be published in summer 2013. While apparently we will still have to wait few months before reading the book, he anticipated some of the content during a lecture held on November 21st, 2012 at the IoE in London, organized by SOAS.

As it can easily be understood from the title, the book deals with the recent uprisings that shook – and in some cases are still shaking- all the Arab countries recently, focusing on how its development on different levels led to the upheavals.

Although each single country of the region has its peculiarities in terms, for example, of history, society and regime, there are also many common features that have contributed to reach the point of non-return in all of them. Just to name a few: dictatorial governments, repression, corruption. During this lecture however, Achcar focuses on the economical reasons and background, mentioning that this is how his book starts.

He starts talking about various interpretations of the uprisings that have been recently discussed, arguing how none of them alone can be the reason for what happened. Firstly, the democratic aspiration of the peoples. This is the explanation that lead to a big critique of the uprisings especially in the West, due to the fact that such expectations were not – yet – met in any of the countries that toppled their regimes. Secondly, the youth factor. The youth, that in the MENA region represents the majority of the whole population, has surely played a very important role within the uprisings. But even other countries of the Global South have such predominance of youth, and yet they did not go through a revolution, proving that this is not enough as a reason to explain the uprisings. Thirdly, the food crisis. As just mentioned, neither this is the sole region in the Global South encountering such difficulties, and since we did not face upheavals in other countries for this reason, then it is not enough alone. Then, the global crisis, which did not actually affect the region more than it affected others. Finally, some blame it on Neoliberalism’ policies. Again, this alone cannot be the reason, as there are example of other states, like Turkey, that despite the neoliberal policies did not go through an uprising.

Achcar then continues his lecture introducing briefly and with some hard-data support the economic background that has been one of the main reasons for people to take the streets. The Arab region has been facing a deep economic problem for several years now, along with a sharp growth of the population and consequent increase in unemployment. In addition to this, there has been a problematic lack of growth, that contributed to the worsening of the economic situation in the countries.

Achcar concludes mentioning that neoliberal policies, that have been implemented in the Arab countries, did not improve the situation and will not do so, despite the fact that the new post-uprising regimes are still committed to them. This may lead, in fact, to the same poor results of their predecessors, if not worst due to the unstable political situations.

As mentioned above, economics is not the only reason that lead to the uprisings. The situation is much more complicated, and it would be worth it to discuss each single country on its own. It would be hard for example to talk about countries such as Yemen and Bahrain in the same terms. Each single case deserves its own analysis.

Surely, it will be interesting and enlightening to read Achcar’s book and his analysis of what happened along with its reasons. Let’s then wait his book, and in the meanwhile the podcast of the whole lecture can be accessed via this link. 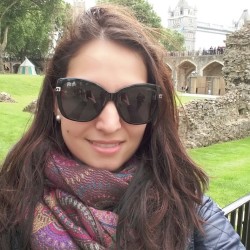